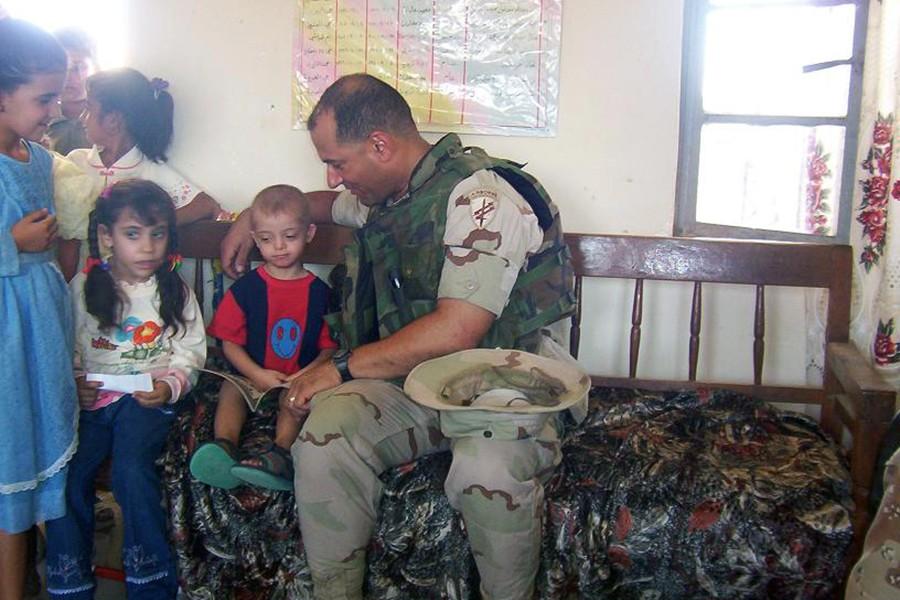 Q: What is your rank, and where did you serve?

A: I retired as a major. I was offered Lieutenant Colonel, but they said I would have to serve another three or four years, and at that point, my sons were more of an important factor. I think it was about 22 years total. I served pretty much everywhere. I was in operation “Just Cause,” which was in Panama. There was a massive military exercise called “Reforger” that was in Germany. I’ve been in “Desert Storm,” which was in Saudi Arabia and “Iraqi Freedom,” which was in Iraq and northern Iraq.

Q: Describe the most memorable moment from your service.

It’s not about what you’re doing; it’s about the people you’re working with.”

A: It was the day Saddam Hussein was killed. We were around the Tikrit area, and it was about 7 or 8 o’clock in the morning. We were getting reports of a major capture. Everything was still hush hush–they wouldn’t release any information. About 9 o’clock that morning, the ambassador for Iraq came out and had a press conference and said, “We got ’em.” Iraqis have this very unsettling way of celebrating: they get their AK’s and shoot in the air–full auto. We were like, “No, no, no; it’s celebratory fire.” We walked out of the headquarters, and we had pickup trucks filled with seven or eight people hanging on for dear life with one hand, AK’s in the other hand, shooting in the air saying, “Saddam is dead! Saddam is dead! U.S.A.! U.S.A.!” That was very memorable. I will never forget that as long as I live. We had about five or six Iraqi translators who were working with us. They were saying the hatred for Saddam Hussein–especially in northern Iraq–was palpable. I mean, he did so many bad things to those people. When we came in, they were hugging us. It was really a pretty cool thing to experience.

Q: What is the most significant thing you learned while serving?

A: It’s not about what you’re doing; it’s about the people you’re working with. I think that’s probably the thing I miss the most–working with the really incredible people that were in the reserves. Within our unit, there was a real collective mix. Our NCO’s–most of them had college degrees, and some of them ran their own businesses. There are farmers, ranchers, doctors–you name it. It was a real collective mix. 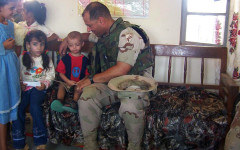 Q: What advice do you have for those who are considering enlisting?

A: I would say think hard about it; think long and hard about it. Go into it for the right reasons–not that your parents want you to do it, but that you want to do it. I did it because my father was in the military for 35 years. My brother went to West Point. He graduated as a Lieutenant Colonel. From the earliest time I could remember, I wanted to serve, and that was the driving thing that got me going. I wanted to do it a different way. I went through the reserves–through ROTC, not through an academy–and I did two years of active duty. So, my route was a little bit different. The best advice I can give anyone is to think long and hard about it, and once you commit to that decision, commit one hundred percent.

Q: Is there anything you would like to add about your time serving, your experiences while serving or how it has impacted you?

A: I’ve got one [experience] where I’m at a school in central Iraq. We were doing an assessment of the school, trying to figure out what they needed to build, and there were some special needs kids there. One of these kids decided he was going to be my best friend. The next day, I hung out with him for about two hours. At that point, I was about six or eight months into deployment, and I was missing my kids and when that kid just grabbed on–he was my best friend. When we left he gave me a big hug, and I was like, “Wow.” That was a really special time.