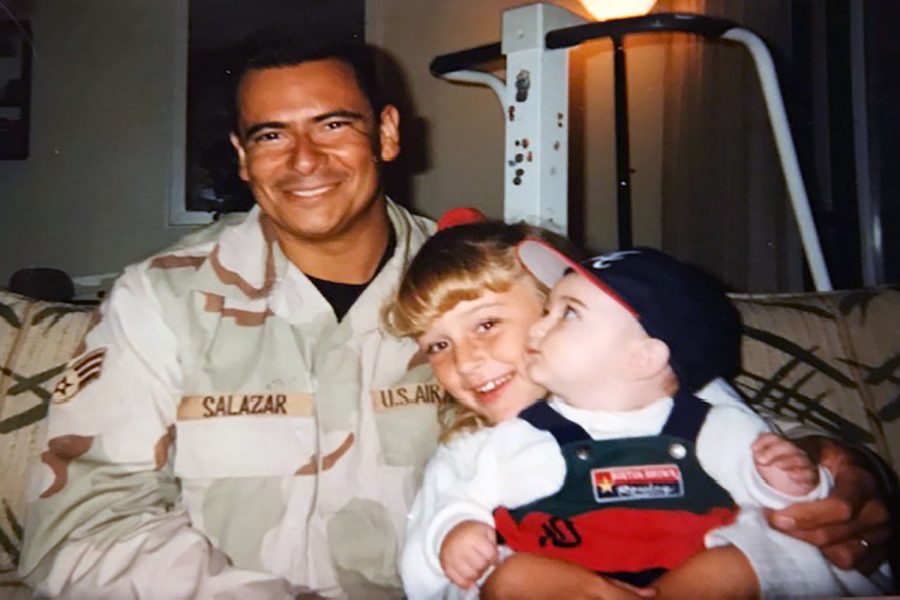 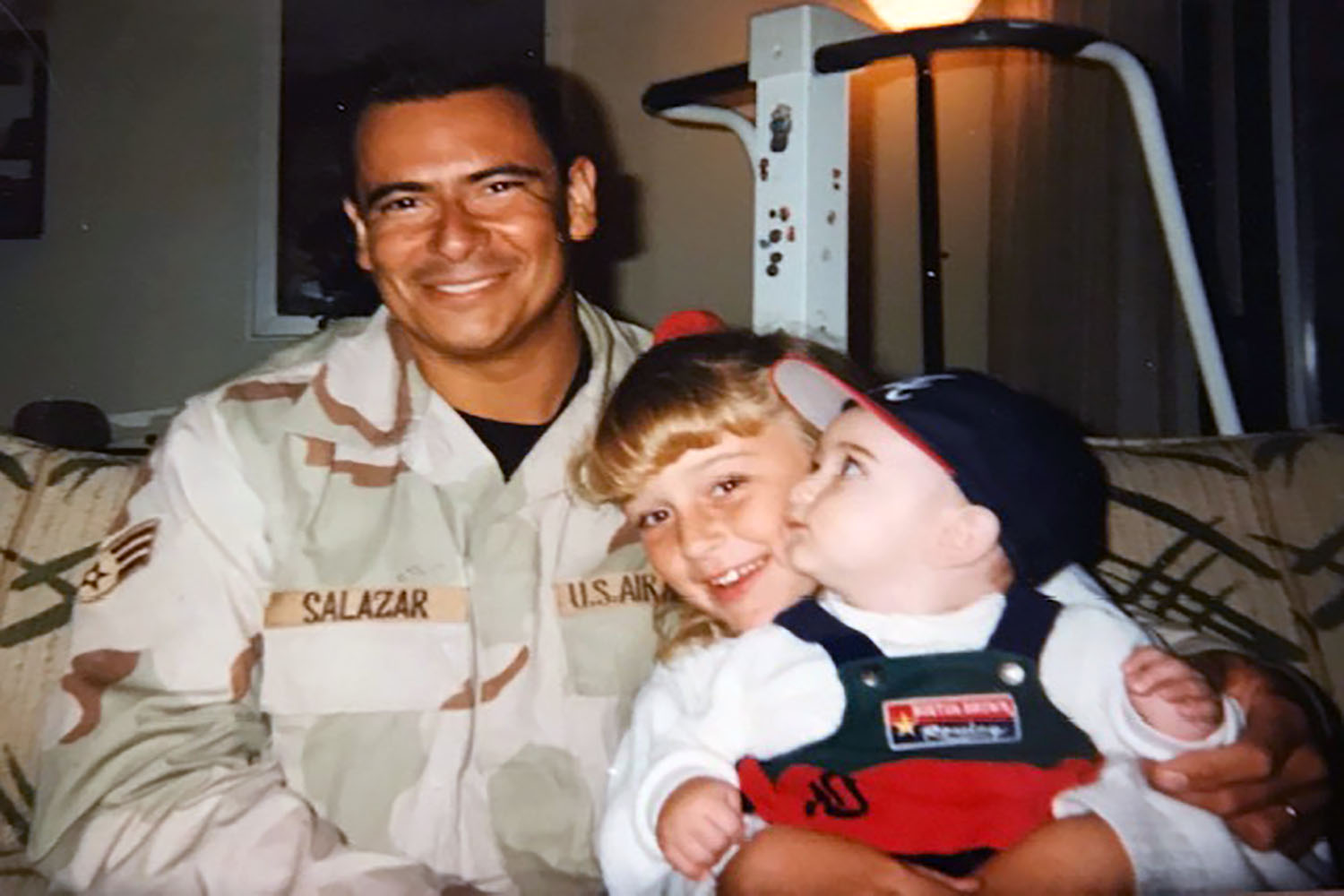 Former Air Force mechanic recalls 'adventure' of being in military

The room, filled with the smell of grease and oil, is decorated with flags bearing the Air Force emblem. Once an Air Force mechanic, Robert Salazar now teaches auto mechanics to high school students to pass on his knowledge.

It was a way of life, and once you’ve been in and been exposed to it, it bleeds over into your everyday life.”

Before teaching in Canyon, auto mechanics teacher Robert Salazar taught high school on the Navajo reservation near Gallup, New Mexico for one year and at New Mexico Junior College as a Ford ASSET instructor for six years. Salazar enlisted in the military from 1993 to 1997 as a special purpose maintenance mechanic for the Air Force to work on runway equipment and keep the runway open for the landing and taking off of planes. Salazar said it feels good to have done something larger than himself.

“You feel like you’re doing your part,” Salazar said. “My dad always talked about ‘Well, I’ve done my part,’ and he was right. Every one of us that signs that contract, you never know what you’re going to do. It makes you feel pretty good.”

Salazar’s father and uncles were also in the military.

“Since dad was Vietnam era, he was drafted as a national guard in New Mexico, but my mornings were kicking the bed at 6 a.m. and that’s how things were,” Salazar said. “It was a way of life, and once you’ve been in and been exposed to it, it bleeds over into your everyday life. It’s something that I wanted to do because that’s how I was raised.”

During his time in the military, Salazar was stationed at Cannon Air Force Base and deployed to Fort Bragg, North Carolina and Riyadh, Saudi Arabia.

The thing I miss the most is having my bag packed and waiting for a phone call.”

“It was a great four years, and I made a lot of friends,” Salazar said. “I don’t have a single bad thing to say about it. It’s an adventure. The thing I miss the most is having my bag packed and waiting for a phone call. If something happened you could watch it on the news, and you could go on standby and be ready to go.”

While most units deploy as a unit, mechanics are sent one at time.

Salazar said serving in the military gave him a greater appreciation for many things.

“We’re so lucky to have a peaceful transfer of power,” Salazar said. “We go vote and nobody gets shot or hurt because of all those who made the ultimate sacrifice so we can do that. When I was in Riyadh we weren’t allowed to fly the American flag, and I didn’t see it the whole time I was there. I had one in my room, but it makes you appreciate what we have a lot more.”