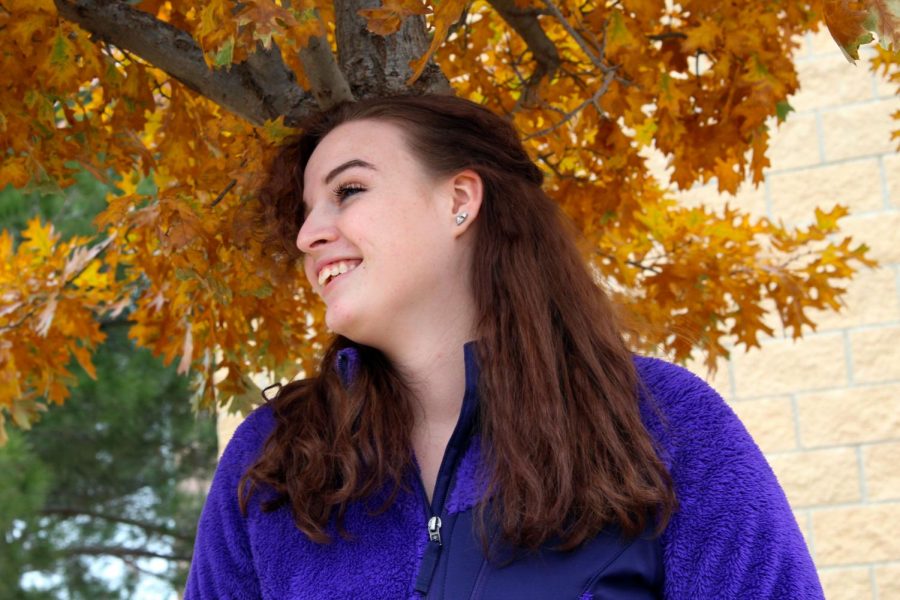 “I’m thankful for my parents,” junior Alyssa Seaton said. “The fact I still have my parents is an act of God, because I shouldn’t have either one of them. My dad has been in two motorcycle accidents. One of them should have at least left him paralyzed, and he is still walking. I was expecting the worst. He could not feel his legs. We had to drive past the wreck, and his bike was still there. There was blood on the ground, and I was so sure I was going to lose him. When we got to the hospital and he saw me, he smiled and told me, ‘calm down,’ and ‘everything will be okay.’ The fact he was able to talk to me gave me hope, even though he had a spine and brain injury. The second time, it hit me so suddenly. My mom called me, and I fell on the ground. I was very angry, because it was at the same spot, but he eventually recovered.”

“This past March is when my mom got in an accident. She had the day off and decided she was going to go riding, and she didn’t have anyone to go with, so she left a note on the fridge that said, ‘going for a ride, love you.’ She was on her usual route on the Claude Highway, and she said something was wrong with her bike and the next thing she knew she looked up and saw the ditch. She has short term memory loss now and shattered her left knee. When they came to take her for her scans she was coherent, so I was hopeful just like I was with my dad. It should have killed her or injured her quite a bit, and she’s walking, a normal person and still going to college. I don’t know why I still have both of them, but I was having problems with my faith, and looking back, those experiences were a reminder God was there. I want students to be more thankful for the everyday, common things. The ‘I love you’s from family and hugs from friends. That little note my mom wrote, we left up for several weeks, and anytime I leave the house now I say, ‘I love you.’ The regular, small things are so important.”