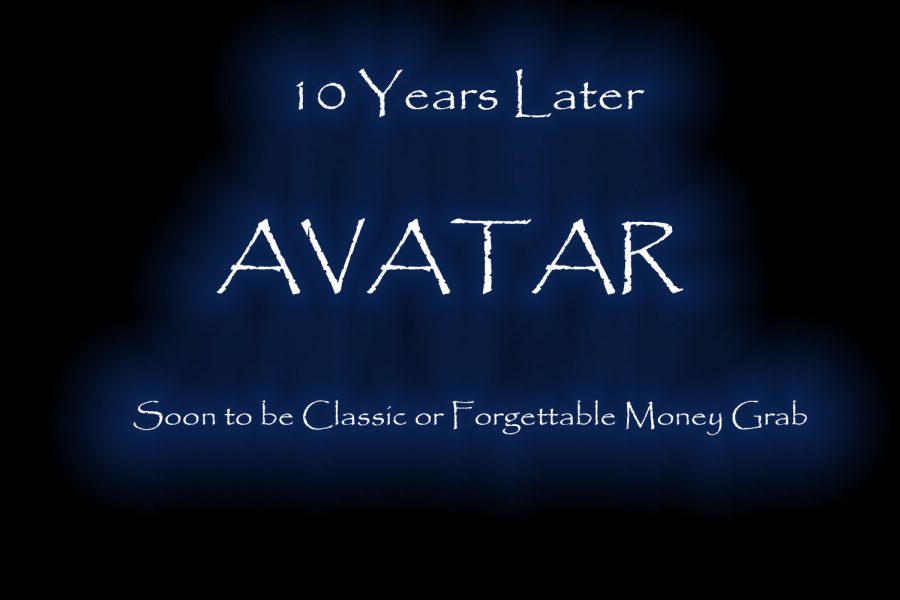 On the 10th anniversary of “Avatar,” staffers Blake Loria and Luke Bruce debate the movie’s relevance today and its success years later.

When “Avatar” was released 10 years ago to American audiences it obviously hit massive highs in financial success. Following its release the movie held its reign as the highest grossing film for the last decade. However, audiences were ultimately duped to watch a movie that would be unmemorable years later.

“Avatar,” a film released in 2009, featured Sam Worthington as a paralyzed former Marine named Jake Sully. In the movie, Sully travels to an alien world and falls in love with a native woman. Further on, Sully goes against his human counterparts in hopes of saving the alien world.

When thinking about “Avatar,” there is never too much to remember. The storyline is foggy action that lacks the luster. It’s ultimately very basic and one that audiences have seen before. It is along the same lines as “Pocahontas“ and “Dances with Wolves,” and even seems to steal from movies like these. James Cameron wasn’t trying anything new here; he was simply creating a story that would attract, not endure. Too basic to capture audiences, this movie obviously fell back to its use of technology of the day. However, simple advancements in CGI animation are not enough to make a movie great.

Audiences were ultimately duped to watch a movie that would be unmemorable years later. ”

Take “Jurassic Park” for example. The movie had impressive special effects for its days of release. Most importantly, its storyline and script were original. Spielberg created a story people would remember years later because of its originality. This is not the same with “Avatar.” It is a story that movie-goers have seen before. It becomes overly predictable in each progression of the storyline. It is quite obvious the focus of the movie was what could be done with 3-D special effects, not the story. In true Jurassic fashion, Cameron and the producers were “so preoccupied with whether or not they could” create a movie solely for special effects, “they didn’t stop to think if they should” (“Jurassic Park”). To stand throughout time, a film must create a storyline as the main focus. “Avatar” clearly is no such example.

Furthermore, this predictable story creates predictable characters. Predictable characters lead to terrible acting. This applied in droves to Avatar. Every character’s lines sound like they belong more in a video game than ever in a movie. Worthington is annoying, and his acting is cliche and subpar at best. The worst parts of his act lie in his boring take on video logs. They are something to fall asleep to. Zoe Saldana’s acting is the best of the film, but is obviously not enough to pull the weight of Worthington’s downfalls. Everyone else and their performances are disappointing. What script writer would rationally think it would be a good idea to use “We’re not in Kansas anymore” for a “groundbreaking” movie? Also the line “nothing’s over while I’m breathing” sounds like a jump into a Call of Duty campaign, not to mention the first person action shots. Audiences are expecting a film, not a video game. Surely a movie with a $237 million budget could do better.

With its terrible dialogue the movie goes even deeper into a dark hole. No hole compares to that of where the movie fails the most. “Avatar” is lost in its own identity. It can feel and look like an animated movie, then completely not be one. When it tries to merge the real and the animated forms, it visually fails to do so. It creates two worlds that even when together, seem miles apart. Cameron seemed to want to create one world being torn, but instead tore his audience as they had to focus on either animation or live action. It would be best to just choose neither at this point.

It is quite obvious the focus of the movie was what could be done with 3-D special effects, not the story.”

Despite terrible focus, the film does have great parts. The special effects were groundbreaking for the day, especially in 3-D. However, this has not aged well. As stated before, much of the CGI is simply video game animation as looked at today. Honestly, “Space Jam,” was likely a better job at incorporating animation with real people, and I would definitely take Jordan over Worthington any day.

This animation being one of them, “Avatar” could have been improved in so many aspects. The story should have been better, and the lines were definitely not even up to standard. If more time had been spent to truly create a dynamic story, “Avatar” would have definitely been a classic. Ten years later, it is apparent the film is anything but that. 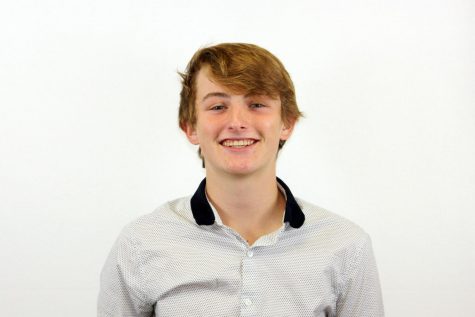 Hello everybody! I'm a senior, and this will be my third and final year on staff. I will be one of the three editors-in-chief this year on The Eagle's Tale. Most of my work this year will be in news and sports. When I'm not at school or work, I love spending...

Ten years ago, on Friday, Dec. 18, 2009, “Avatar” was released. The film follows its protagonist Jake Sully, an ex-marine who links his mind to an alien’s on the planet Pandora and finds himself caught between his loyalty to humanity and his love for an alien woman. The film has garnished many critics and haters over the years, and while it is not a cinematic masterpiece, a decade later it still stands the test of time, earning itself a role as a modern science fiction classic.

The outdated CGI is transcended by the amazing storytelling and breathtaking visuals.”

While the visual effects and computer-generated graphics (CGI) of the film are dated, they were revolutionary for the time and help set the stage for future animation works. “Avatar” set a new standard for animation and improved many technologies, which ultimately made the film’s aesthetic and environment so surreal and lively. It also does a good job of conveying information to the audience, which is unique compared to other films from the time.

For example, the liveliness of the Na’vi–the aliens of the film–is often considered unsettling and even creepy. While at first glance that may be true, the character design showcases the foreignness of the creatures, which is a major plot point in truly understanding the Na’vi and the beauty in their culture and environment. The film’s use of  bright blues, pinks, purples and glowing greens, along with the forests and other terrain the animators created were made possible by the time and care the animators put into the film, and shows how the outdated CGI is transcended by the amazing storytelling and breathtaking visuals.

Along with criticism of the film’s poorly-aged graphics is a complaint of the stories plot, or rather, lack of plot. The film may appear to be a spectacle first and a science-fiction movie second, but behind the fanciful setting of ‘”Avatar,” the themes within the writing and storytelling thicken the plot and help develop the overall story. As the story develops, the Na’vi are forced to arm themselves to protect themselves and the Hometree, their home, as the humans wreak havoc on the environment while mining and gathering resources. The film is allegorical and draws parallels to the real world, where humans are entering ecosystems to take their resources and other issues such as climate change. The movie even directly brings this up when the humans destroy Earth and are now destroying Pandora. Additionally, the tone is set by the melodrama action, and one point of the film is to show the overly emphasized tension in the world.

Even 10 years later, the world is still fleshed out and immersive.”

In the days of remakes and reboots, the story of “Avatar” is a lasting one that delves into deeper, important topics. The film’s originality was refreshing for the time, and even though there are common tropes and stereotypes throughout the story, even 10 years later, the world is still fleshed out and immersive. For instance, the film uses subtle ways to world-build and develop characters. When Sully, who lost the ability to use his legs while serving as a marine, gains his new body as a Na’vi, the viewer can witness the character’s reaction of feeling dirt underneath his feet and how this affects him. “Avatar” not only takes the time to give the characters life and build the world effectively, but does so in a way that highlights both sides of the stories.

The contributions to the film industry, science fiction in particular, have landed the film’s place next to classics such as “Alien,” “Inception” and “The Terminator.” When the film released in 2009, viewers may have been captivated by the bold colors and flamboyant imagery, but in 10 years time, “Avatar” has proven itself a movie to be remembered from its decade because of its innovation in animation, as well as its lore and story building. 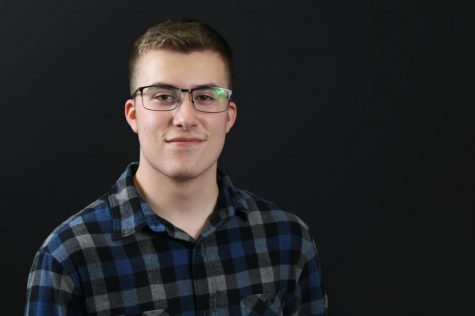 Howdy! I'm Blake Loria, and I want to pursue a career in journalism, so I am honored to be serving as editor-in-chief for my third and final year on staff. As a senior, I am quite involved around Canyon High, so when I am not editing or practicing for...