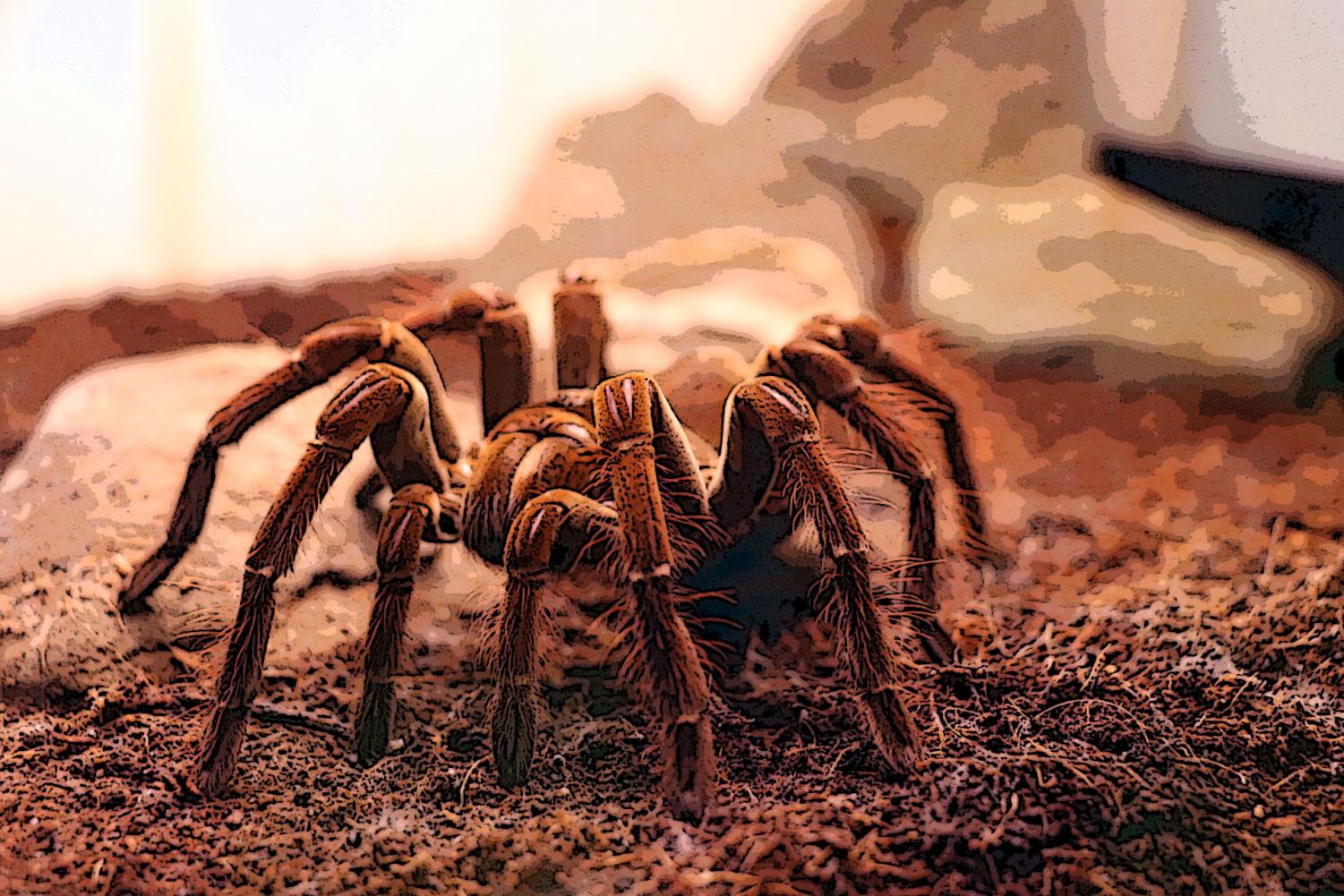 Two staffers go head to head in a battle over bug rights in these opposing opinion pieces. Read both and let us know what you think.

The newspaper staff encountered a tarantula scaling the window outside of the classroom on the second day of school. The arachnid was met with a cry of terror, looks of disgust and a call for blood.

However, people should avoid killing bugs as long as the creature is not causing harm.

They provide much needed services such as pollination and decomposition of dead animals.”

Bugs, just like any animal, are living things. While they may not be as cute as a puppy or a cat, many people keep them as pets. When they are not kept in as such, bugs have a purpose and can benefit the world. They provide much-needed services such as pollination and decomposition of dead animals.

Without bugs like earthworms, spiders and even beetles, many jobs would go undone. They keep the environment in check and even are vital to pest control. Kill a good bug, and you might end up with a few more pests than you had originally. Nature has a balance, and that balance does not include the huge, 120-watt commercial-grade bug zapper hanging outside a porch, which is much more trouble and money than it’s really worth.

In addition, bugs are small creatures that rarely cause major harm. Who wants to get all the way out of bed to walk around the house, searching for a fly swatter possibly thrown away because of underuse anyway? The effort some put into killing insects and arachnids is just impractical. Any individual bug found inside a house will likely die or escape back outside in a few days.

Bugs, on every aspect, are a group of organisms to be admired.”

Perhaps bugs do not have emotions or feel death in the same way people do, but they are very complex organisms. Ants, for instance, actually do a kind of calculation to find the fastest route to a particular point. They think more than we give them credit for. We also underestimate their beauty. Beetles may not be the most pleasing to the eye, but that is one of approximately 91,000 known species. Anyone who has seen fireflies flash in sync or heard crickets chirping quietly can admit, it is fascinating to witness at the very least. They are some of the most unique beings on the planet. What other creature can pull up to 1,141 times its own body weight like the dung beetle? Besides all of this, the fruit fly was the very first creature to take a trip to space, which occurred in 1947. Bugs, on every aspect, are a group of organisms to be admired.

While bugs may be a pest from time to time, and infestations must be treated, bugs that do not destroy on a massive level are innocent, and therefore should be allowed to live freely. Simply murdering something just because it’s annoying or inconvenient to have around is a harsh way for humans to live.

Instead of killing bugs to get them out of a person’s space, people should considering removing them using a cup or a different container. With that and a little bravery, the bug escapes alive, and the humans live in a pest-free home.

In short, bugs should not be killed but rather treated as what they are–a vital and beautiful part of the environment we share with them.

To begin the year, the newspaper staff came in contact with a tarantula climbing the window outside their classroom. Students began debating whether to leave the spider to die outside or to collect the creature, and put it out of harm’s way.

Because of the many problems insects can cause humans and their environment, people should have the right to squish any bug that enters their area.

Among the many reasons to squish a spider or insect, these pests are known to exist in large numbers and reproduce rapidly. This large number of bugs can easily lead an infestation of massive proportions if left to live on their own. For example, the fly, a massively disliked animal, tends to be unafraid of humans and makes a lot of noise. This creature reproduces rapidly and causes a disturbance in a person’s home. They are not easily removed, however, and require more brute force such as fly traps and fly swatters.

People should have the right to squish any bug that enters their area.”

In addition to the increase of population, the large number of insects creates a higher chance of contracting a disease. Because of their evolution, bugs tend to thrive in gross and unclean areas. Unlike humans who shower themselves after entering a dirty environment, arachnids and insects carry those germs with them onto a human’s food, beds and other belongings.

One bug most commonly known to ruin people’s health and happiness is the mosquito. This pest carries malaria, a deadly disease transferred through the feeding of mosquitoes because the insects’s dietary habits typically limited to the blood of mammals.

An essential part of a human’s growth is their family. It drives people’s personality and how they act around others. Bugs, however, do not have this mindset. While the creatures can co-exist in the same habitat with its siblings, none of them can experience emotions and familial love the same way humans do. Arachnids and insects are creatures without the same innate human thoughts and dreams. While this does not make them lesser beings on an earthly plane, as they are necessary in some situations, squishing them should not cause any grief to humans. Unlike humans who live long lives building relationships and striving towards a goal, pests such as these tend to live short lives and have a single mindset of survival.

Bugs, however, provide no usefulness for people outside of their natural environment.”

Although bugs may be alive, these creatures hold no more standing in our minds compared to the animals we kill on a daily basis such as cows and pigs. Furry friends we consider family pets in certain situations also live to provide emotional nourishment to humans and their children. Bugs, however, provide no usefulness for people outside of their natural environment.

To preserve the lives of the bugs simply surviving in their own environment, humans could use a spray that repels the creatures. This will prevent the pests from getting near a person without the need to kill them for crawling on your skin.

Overall, if a bug were to enter a household, it would be unnecessary and troublesome without any added bonuses which come along with the creatures. Therefore, any person who wishes to remove the pest from their home should use the opportunity to squish it and be done with it.