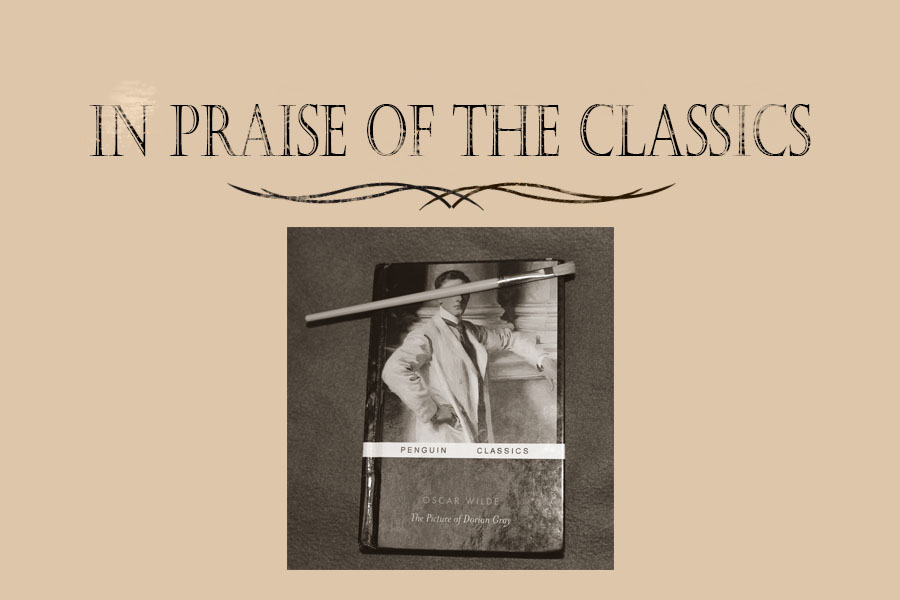 A Halloween edition of In Praise of the Classics: ‘The Picture of Dorian Gray’

A young man slouches in his armchair, gazing above the mantle of his fireplace. The warm glow of the fire illuminates a face exemplifying youth and beauty in every facet, as well as the empty room its owner sits in. The sitting man’s eyes narrow, focusing on a particular spot on the portrait above the mantle. The portrait, his portrait, seems to have adopted a strange look about the mouth. The handsome young man stands and moves closer, and now there can be no doubt. A cruel, harsh snarl has disfigured the otherwise beautiful picture of Dorian Gray.

“The Picture of Dorian Gray” is a low fantasy horror novel by Oscar Wilde, which first appeared in 1890 in “Lippincott’s Monthly Magazine,” followed by a book form of the novel published in 1891. “The Picture” follows the life of Dorian Gray, a rich, likeable and incredibly handsome young man and the changes that affect him over time.

This creates an air of palpable surrealism as Wilde makes it exceptionally clear that dark happenings are coming, then forces his audience to wait in such mounting eeriness for those evil events.”

“The Picture” begins with an extended dialogue between the two main supporting characters, Lord Henry Wotton and painter Basil Hallward, as they discuss Hallward’s latest work, a portrait of his friend Dorian Gray. Dorian himself arrives later and Hallward reveals the painting, which proves so beautiful that Gray murmurs a prayer that he may always look as the painting does.

Following this grand reveal, Wotton escorts young Gray on a walk in Hallward’s garden, where the two begin a philosophical conversation in which Wotton expresses his adherence to a school of philosophy emphasizing self-indulgence above all. Here is the point in the story where the reader will become either irritated or infatuated with “The Picture,” as here Wilde first introduces the philosophy of Hedonism.

With such emphasis on the subject, it should hardly be surprising this becomes the titular character’s primary school of thought. Gray’s adoption of Hedonism eventually leads him to an especially cruel act against his lady love, the actress Sybil Vane. After this Gray slinks home and discovers that a certain evil look has come to the painting. Gray comes to the conclusion that whatever evil he does, any effect it would have on his countenance shows instead on his portrait, and thus he begins his descent into immorality for the sake of his own amusement.

This writing style effectively slows the narrative to a snail’s pace and may require a great deal of patience from readers who prefer quick, snappy plot development.”

Gray’s descent is entirely tied to his portrait, which soon becomes a symbol of all the sin for which Gray refuses to take responsibility, and that lack of responsibility comes to define him. In fact, apart from Hallward’s description of Gray, Wilde never presents the young man apart from the portrait, building an unbreakable connection between the two.

While Gray and the picture are the center of the story, he is surrounded by a small cast of supporting characters. Basil Hallward serves primarily as a lens for the audience and a voice of reason to Gray, and to that end he is serviceable, if not interesting on his own merit. Gray’s lady love Sybil Vane only very briefly appears in the narrative, but she exhibits a cheerful personality and loving devotion to Gray, endearing herself to the audience immediately.

However, the most notable supporting character is Lord Henry Wotton, the first man to introduce Gray to Hedonism. Sly, witty and eternally immoral, Wotton is at first charming, but soon his lack of regard for others wears his charm thin, and he becomes a thoroughly unlikeable, though not evil character before the story ends.

In Praise of the Classics 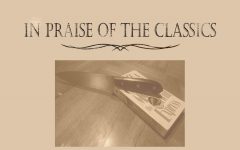 In Praise of the Classics: 'Murder on the Orient Express' 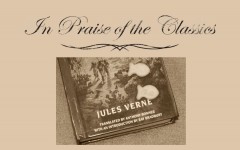 Most of the development of these characters is done in long, drawn-out conversations and extensive, detailed descriptions. This writing style effectively slows the narrative to a snail’s pace and may require a great deal of patience from readers who prefer quick, snappy plot development, as it takes nearly half of the first chapter for Wilde to introduce the main character.

Yet it is “The Picture’s” languid pace that lends the novel its menacing air. Wilde slowly builds suspense not with evil portents, but by having his characters expound upon admittedly selfish and somewhat abominable philosophies while writing them in a fashion meant to slow the reader’s eyes and thoughts. This creates an air of palpable surrealism as Wilde makes it exceptionally clear that dark happenings are coming, then forces his audience to wait in such mounting eeriness for those evil events.

When they come, those events occur in the same languid, surreal fashion. While the majority of Gray’s sins are left to the imagination of the reader, the worst are described in slow, grand and gruesome detail.

“The Picture of Dorian Gray” is an odd, unbalanced novel defined by entertaining characters, interesting philosophies and haunting events. It is a work of literature sure to leave readers terrified for minutes, if not disconcerted for days.