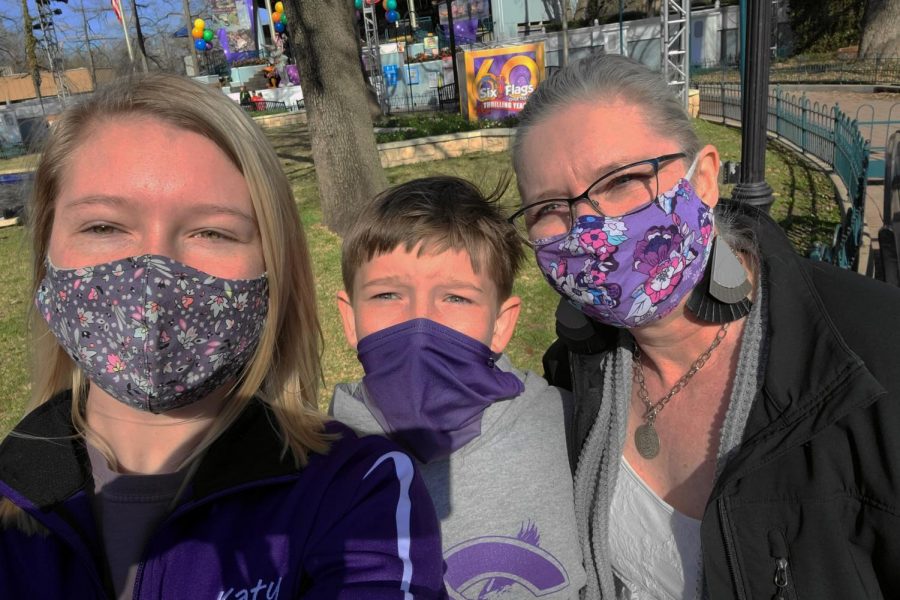 Upon entering Six Flags Over Texas, Gill's sister Katy, brother Timothy and mother Kristina begin a fun-filled family day. As they were leaving the park people ran back in the gates, running from an active shooter situation.

For years I have been running through scenarios of losing people in my head and planning how I might react. You can prepare for anything, but are never going to know how you might react until put in the situation for real.

It was not until spring break when my family was in potential danger when I realized it’s not possible to plan for everything. I cannot plan my emotions when I am waiting to see if my family is okay. I cannot plan where I will be or how to get back home to see them. No one can plan who is going to be there to help them through the world-shattering fear they are feeling.

Friday, March 19 started as a normal day. It was nearing the end of spring break, and I was ready to return home from my vacation. I woke up, packed and left Las Vegas, Nevada. Several hours later in a Taco Bell drive-thru in New Mexico at 8:55 p.m., I received fear-inducing news: there was an alleged active shooter at Six Flags Over Texas where my mother, sister and brother were.

I did not know what to do. I was in a different state, I was not supposed to get home for another day and my family was in danger.

I immediately texted my mother asking if they were okay. Four minutes later–the longest four minutes in my life–my dad texted me back saying that everyone was okay, and shortly after I answered a call from my sister. The rest of the night I was left to contemplate and try to cope with the situation my family had just been put in.

My family was on their way out of the park when they noticed a wave of people running back in the park. My sister heard someone say there was a shooter, and she turned to the rest of the family, told them and ran. Together they ran into a taco stand inside the park and jumped over a counter into the kitchen, where they sat and waited for any form of information about what was going on and if they were safe. After about 25 minutes they were told it was safe to come out, and that the park was closing.

I searched for an article to try and find an explanation and learned that the police were not classifying it as an active shooter. It was a couple of teenagers who got in a fight resulting in one pulling out a gun and shooting the other. They never entered the park, and only the teenager who was shot in the arm received a shooting injury, yet at the sound of one gunshot, everyone ran for their lives. Nobody knew that it was just two teenagers, all they knew–all I knew–is that a gun was going off, and people were in danger.

Mass shootings are becoming the new normal in our country. According to Newsweek, in November 2020–despite the global lock-down–mass shootings increased 35% since 2019. School districts nation wide educate kids from the age of 5-years-old on what to do if they are in a school shooting situation. If it had not been for these training sessions, my siblings would not have known to get out of sight, stay quiet and calm and wait until officials release you to leave your hiding spot. It is far too easy for kids to look past the training and think they will never be in a situation where they will need to know this. The knowledge students attain during lock-down drills is applicable through life. Active shooter situations are becoming more prevalent, and everyone should know how to protect themselves. No one can foresee the future and no one knows what will happen to them. My family arrived at Six Flags awaiting a day of family fun and left with a changed perspective on life.