The bitter effects of litter

Managing Editor conveys the virtues of caring for Earth 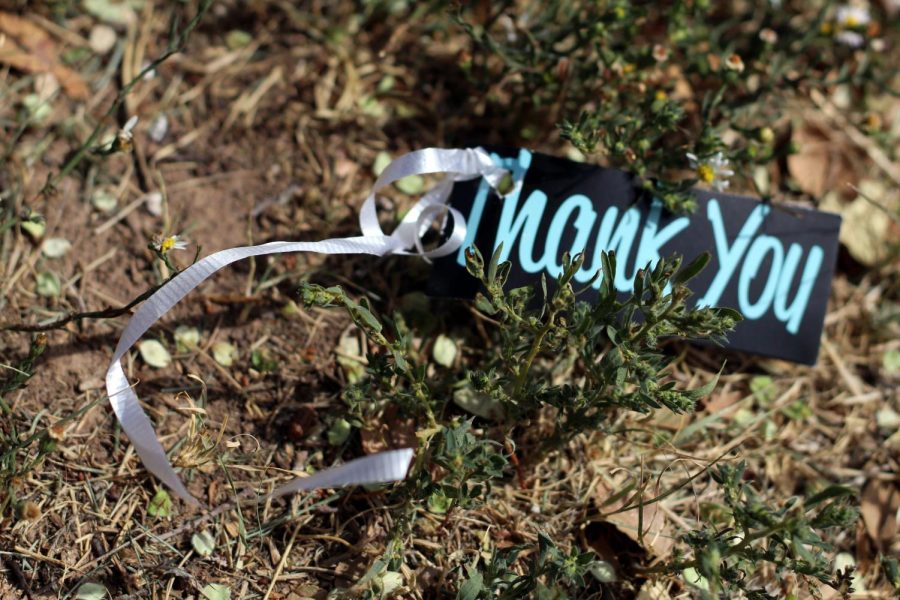 According to the National Park Foundation, the United States produces over 260 million tons of waste every year. When traveling to Parks over spring break, it is important to pick up one's own trash instead of leaving it for others to deal with.

Over 100 years ago, President Theodore Roosevelt created the United States Forest Service and enabled the 1906 American Antiquities Act in an effort to protect public lands from development.

These National Parks are a gift from the past for the current and upcoming generations, but these areas are not given the respect they deserve. Littering, pollution and human-induced erosion in these natural lands has become an all too common occurrence which could potentially destroy the environment.

Americans need to stop littering in National Parks and should actively try to prevent the vandalization of these lands.

First and foremost, it is important to remember we are not the first inhabitants of this earth or this country; plants and animals are. Trash should belong in a landfill, not in our rivers. By dropping waste in the parks, we are not only ruining our country’s pride–we are ruining the habitats of the flora and fauna of the region. Even worse, those same pollutants may be ingested by animals who then develop health issues, potentially killing them. According to Texas Disposal Systems, an estimate of 1,00,000 die every year as a result of consuming or being trapped in waste. An innocent creature could die simply because someone was too lazy to carry their trash until they found a wastebasket.

Additionally, these parks do not belong to just one person. They are living time capsules for current and future generations–a remnant of the unexplored world in modern society. In 1872, Ulysses S. Grant created the first National Park in America with the Yellowstone National Park Protection Act to keep the land from being privatized and developed. The tumbling waterfalls, iridescent hot springs and unbridled natural beauty was–and still is–considered to belong to all citizens of the United States. When hiking the tree-lined trails, one should be entranced by the wildlife and astounding wonder of Earth. An abandoned Twinkie wrapper, however, can completely disrupt that feeling of awestruck rapture. When an individual carelessly drops their trash along the side of a trail, they potentially ruin the experience for another.

Last, it is unpatriotic to litter and disrespect these lands. Gifted to us by a President, it should be our moral obligation as Americans to leave the land better than we found it–clean and uneroded. How can we be proud of a country we do not take care of or respect?

It can seem like an insurmountable task–how can you prevent all 300 million people who visit our National Park every year from dropping their trash on the ground, or make them stay on the marked trails? However, every little contribution matters. If there is a scrap of paper on the ground when exploring a park, pick it up and carry it to a recycling bin. If a gum wrapper lies abandoned by a trail, take it to a trash can. One can never know how large their impact may be.

When considering the tumultuous events plaguing our nation, it is easy to push public lands to the back of our minds. While that is understandable and often necessary, it is important to remember our roots, extending back a century, as we strive to grow and advance as a nation. Clean up your trash. Stay on the trails. Protect our National Parks.