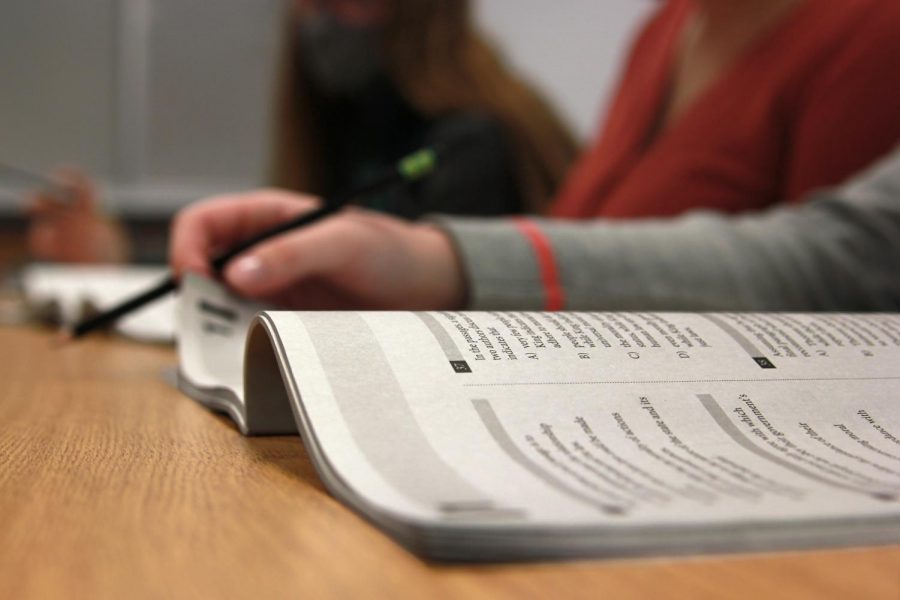 Canyon High School will provide Preliminary SAT testing for sophomores and juniors Wednesday, Oct., 14 free of charge. Testers will report to their given locations by 8:15 a.m., where calculators will be provided.

The test is divided into four sections: reading, writing and language, math without a calculator and math with a calculator. Students were provided their room location during second period, and those who did not can check the trophy cases in the lower commons. The district opted to provide a free PSAT opportunity to raise SAT scores at Canyon High.

“Up until this point, it was volunteer sign up, and students had to pay for it,” testing coordinator Allison Kleman said. “After looking at several different high schools that have the same demographic, socio-economic status as our high school, they can tell the schools providing the PSAT for the sophomores and juniors free-of-charge are seeing an increased SAT score for their students.”

Kleman said the National Merit Scholarship Qualifying Test will benefit students by providing them with a similar format to the SAT.

“Every test that students have taken, as far as the STAAR test, has a time limit on it, but not a strained time limit where you’re actually having to work under pressure,” Kleman said. “The format of having to take a timed test and then also just preparing for what the SAT will look at whenever the juniors take that in the spring–they’ll be able to have that same format for what that looks like.”