To be or not to be (filled with joy by Shakespeare)

Another Shakespearean hoorah with yours truly 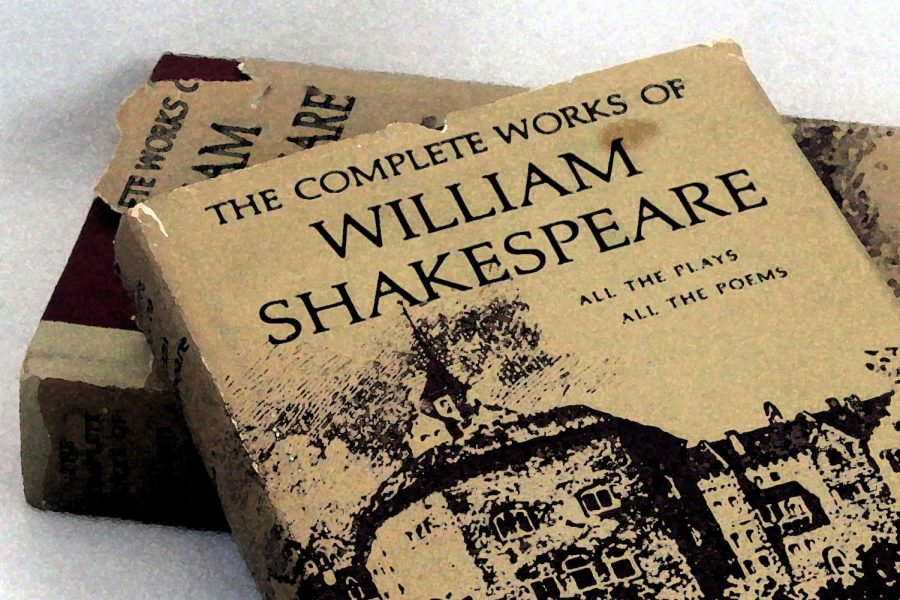 Ghosts, swords, poison, scandal, murder–this was the setting of my English room. Suddenly the classroom was a spectacular Danish throne room, the board displayed a mad prince with a poisoned blade, my pen became my sword, and I was a sophomore.

Yes, sophomore as in 10th grade. Among all the madness and murder most foul, I was a pre-AP English II student again, reading the work of Shakespeare in class for the first time. My second time was no less euphoric.

Revisiting “Now is the school year full of discontent,” I give you “To be or not to be (filled with joy by Shakespeare),” another Shakespearean hoorah with yours truly. Just as before, Shakespeare has proven to be one of the highlights of my school year. All two months of him. If you have not read Hamlet, I feel obligated to warn you that this piece contains information about the story which will spoil the ending for you. However, this Shakespearean work has existed for roughly 420 years. I feel as though five lifetimes is a more than adequate time frame to have been acquainted with the mad prince, but fear not–his story will exist for countless lifespans to come.

Beginning in October, the AP senior English class introduced itself to Hamlet, the tragic protagonist of the play by his name. Hamlet is one of my favorite Shakespearean works, which is saying something, because I am a diehard fan of the Bard. It also brings me joy to know that a love for Prince Hamlet is one thing the Bard and I would have in common. Seeing as how 40 percent of the play is composed of lines spoken by Hamlet, I believe it is a safe assumption to say Shakespeare was fond of this character.

We spent October to Christmas break reading, watching and analyzing the complexities of Hamlet. Each day, I arrived in class more excited than the day before. As my classmates slowly lost interest, mine only grew. I lost myself in the state of Denmark and in the “something rotten” which accompanied it. More than that, I adored the complexities of his madness and laughed at his every pun. Hamlet was the punniest character of his time, and I, being the borderline pathetic nerd I am, was easily excited by each play on words and every paradoxical statement.

Polonius could not have been more right when he observed Hamlet saying, “Though this be madness, yet there is method in’t.” Every honey-dripped word off his tongue, every fleetingly philosophical thought on his mind, every poisoned tale in his ear–all instances of madness led the prince (and all with whom he was well-acquainted) to a happy grave. Not my pen, nor my spoken words, nor keystrokes on this laptop could accurately describe the brilliance of this work or my adoration for it.

The epic revenge tragedy was anything but tragic to my enjoyment of class. I am unashamed to admit I cried every time I read or watched Hamlet die, just as I am unashamed to say I did the same with the dear, sweet Ophelia. My tears, although they were a product of sadness were also happy. For my sorrowful tears were not of the agony which boredom and/or stress can bring, but of an undying attachment to the characters and their lives, made real by the timeless words of the Bard.

To sleep, perchance to dream – ay, there’s the rub,

For in this sleep of death what dreams may come…”

I hope he, and all who followed him, rest in peace with dreams of paradise. Their deaths brought my imagination, love for education, and complete adoration of Shakespeare roaring to life, and for that I am ever so grateful. May they all find their places of rest among the countless other literary characters who gave their lives for the benefit of others like me.