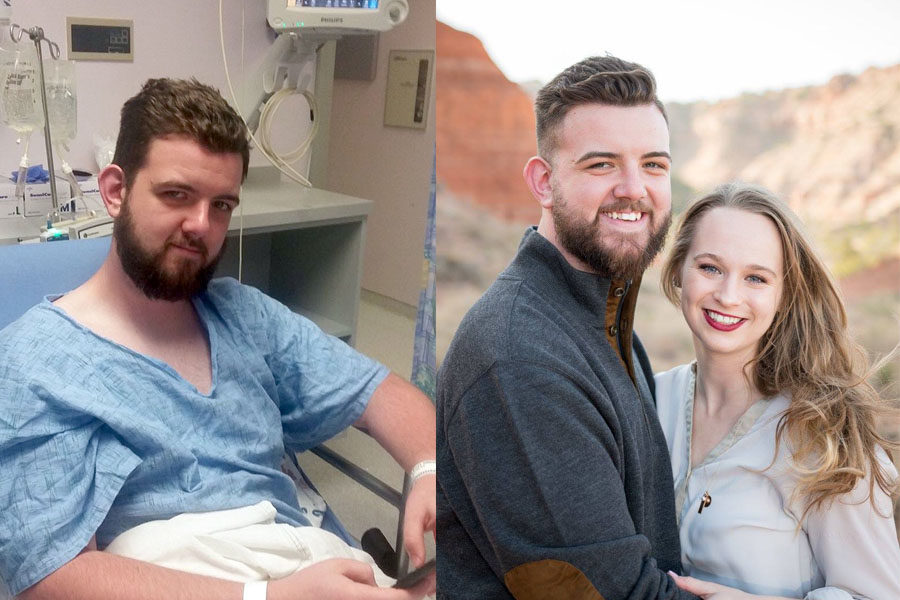 Not many people have the opportunity to become superheroes in their lifetimes, but West Texas A&M University graduate Myles Smith proved not all heroes have super powers–some just have surgery.

Smith donated bone marrow through the “Be The Match” bone marrow registry to a patient with leukemia in June 2017. While he is not able to directly receive updates on her health status, Smith said he knows she is alive and doing relatively well.

“The most nerve-wracking part of this experience was how people reacted when I told them I was going to donate,” Smith said. “I had already made it up in my head that was what I was going to do, and it would be fine, but your friends and other people in the community seem to have a lot of negative feedback. I had already made up my mind, but their words made me double-guess myself sometimes.”

Smith said he sometimes questioned his decision to donate throughout the process, but he always knew he would.

“My friends said things like, ‘You don’t even know this woman, she’s a stranger,’” Smith said. “I knew though, it doesn’t matter she’s a stranger. She’s someone’s friend, someone’s mom. I didn’t worry about doing it. I knew it would be okay, and I knew it was the right thing.”

Smith donated bone marrow in June at a children’s hospital in Dallas, TX when he was 22 years old.

“I came back to be over a 99 percent match with a woman with leukemia,” Smith said. “When you think of donating, most people think blood or something like that. Bone marrow donation is getting to be more popular. Typically when giving donations like blood, the odds of being a match with someone are one in 40 or 50. Being a bone marrow match is more along the lines of one in 10,000. So the chances of you becoming a match with someone are pretty slim.”

When donating bone marrow, one can have a peripheral blood stem cell (PBSC) donation or a direct donation. The PBSC donation consists of receiving injections of filgrastim for several days in order to increase the number of blood-forming cells in one’s bloodstream. Blood is then drawn to donate, and is filtered through a machine that separates out the blood-forming cells. A direct donation of bone marrow is a surgical procedure. Doctors use needles to take liquid marrow from the back of one’s pelvic bone.

When donating, doctors can take out a teaspoon of bone marrow for every pound the donor weighs.

“Overall, the process wasn’t too painful,” Smith said. “When I woke up from surgery, my voice was a little sore from being intubated, but the next day, I was able to walk to my hotel after the surgery.

Smith flew home the next day and work a 12-hour shift the following Wednesday.

“I was really sore for about a week, but I was still able to function,” Smith said. “I felt a little sluggish, but after about a week of my body recuperating, I was fine. A lot of people assume the donation process would hurt extremely badly, but speaking from my personal experience, I was in a lot more pain during a really intense workout than I was after surgery.”

Smith said the part of the donation that made his discomfort worthwhile was hearing from various people about their experiences with bone marrow donation.

“I had a lady come up to me after my donation and tell me about her granddaughter who died of leukemia when she was 3 months old,” Smith said. “After I donated, she found me and told me the story of her granddaughter and how she and her family are now big advocates for bone marrow donations and research. She started crying when she was telling me her story. I realized what I went through in the donating process was really minuscule in the great scheme of things, and the whole process was just an awesome experience. The pain is worth it, and you could literally save someone’s life.”

A year after the donation process, donors are typically able to meet the patients they donated to. Smith said he hopes to meet his marrow recipient.

“I donated in early June, so I’m hoping this summer I will be able to meet her,” Smith said. “It’s just super humbling to know that you played a part in the greater scheme of things and that you might be the reason this person is alive.”