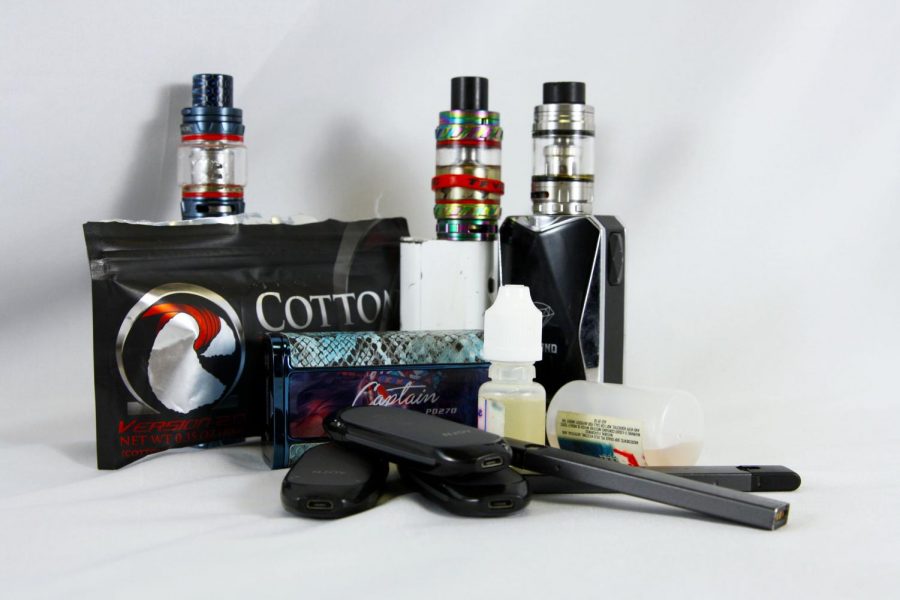 Students caught with a vape or Juul on school property will receive up to five days in ISS.

As a result of new state legislation, students caught with vapes on campus will face new punishment beginning this school year.

“We will take it from them, throw it away,” Gomez said. ¨Last year, a student had a three-day window when a parent could pick it up, but now, we throw them away and they’re done. In ISS, they have to produce a research paper based on the effects of vaping.¨

Gomez said parents will also be notified if their student is caught with a vape or Juul on campus.

“Parents will be notified via email, or they can choose to come up and pick up a flyer,” Gomez said. “Ten out of 10 parents are not happy when they get that phone call, but unfortunately, notifying a parent that their child is vaping or Juuling is a daily thing for us.¨

Students will not be prosecuted under the new Texas laws if caught with a vape or Juul at school.

¨These things are just so easy to get,¨ Gomez said. ¨If you get caught with a device outside of school,  then you will be prosecuted under these new laws. It’s a class C citation, and it can range from up to $500 for your first offense, and you can get your license suspended. But, the school won´t prosecute students. We have systems in place now.¨

Gomez said the problem is getting out of hand.

¨As a school district, we have decided that we are going to take our students safety first and try to get these things out of our schools,̈  Gomez said. ¨It’s the safety part that were really after. If a student is allergic to something that’s in there and a friend says to try this, and that same student takes a small puff of it, they can go into anaphylactic shock. That’s the safety part that were really after.¨

¨We are getting a lot of Crime Stopper tips now,̈ Gomez said. ¨Our student body is doing a great job about reporting vapes and Juuls. The campus really follows the motto ‘if you hear something or see something say something.´¨

District Disciplinary Coordinator Alan Cornelius said when given the choice, students will make the correct decision.

¨We truly believe most of the time, young people are going to make the right choice with the right information,̈ Cornelius said. ¨We want students to have the knowledge that it can damage you if you use it to the extreme. The district feels education is the best way to do this.¨

Cornelius said vaping is a phenomenon, much like smoking.

̈Researchers have started to see that there has been more lung damage and addiction of nicotine because of vaping and Juuling,̈ Cornelius said. ¨It has become the new way to get nicotine, and part of that is just the addictive effects of nicotine. Now that it’s the legal age to buy nicotine is 21, it just makes sense for us to do this.¨

Cornelius said the district wants to use education to prevent students from getting in further trouble.

¨There will probably be a surge in students that are enrolled in DAEP at first,̈ Cornelius said. ¨We have to use strict measures to deter the use of these things, and the attendance will eventually slow down. We have a good system in place so we can prevent this from happening ̈

Cornelius said the problem has trickled down into the junior high and intermediate schools.

̈There’s already been five instances where vapes were found on campus in the  possession of students at one junior high this year,̈ Cornelius said. ̈Three years ago, we didn’t have but one or two cases of vapes found in that same junior high all year.¨

̈Teachers need to have a real conversation in their classes about what’s going on,̈ Cornelius said. ¨We just want students to understand the consequences of vaping, and we want them to understand the choice that they make now will affect them in the future.¨