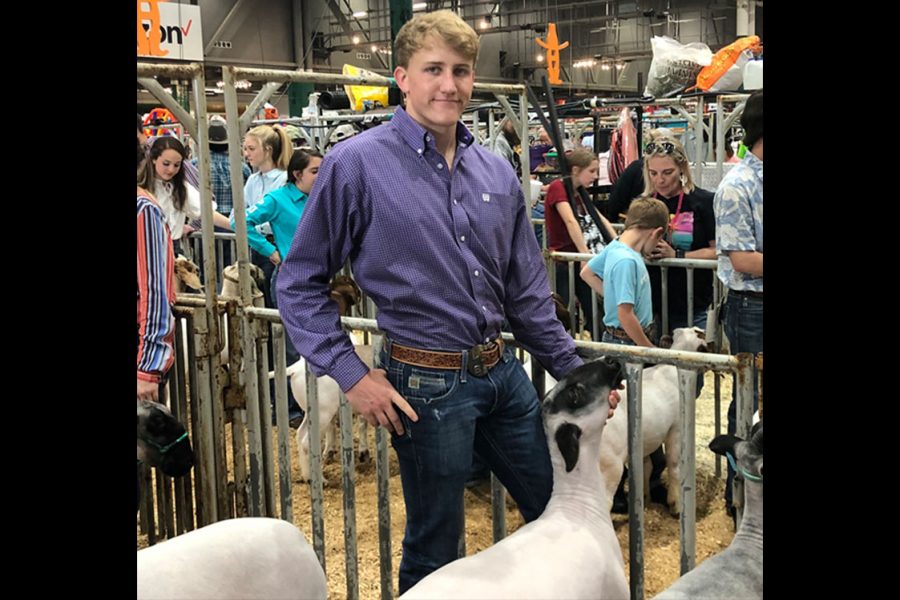 “I was one of the few able to finish my show season at Houston moments before it closed down,” senior Lucas Bradshaw said. “We were hanging out until we heard the news the show was being forced by the city to close. The rest of the day was a scramble; no one could come on to the grounds from the outside, and they were encouraging everyone to leave. We were forced to show a day earlier, and in a rush we got our stuff together, changed into our show shirts and were in and out of the ring faster than I have ever seen before. I didn’t believe it.”

“Everyone was talking about how it was canceled, and I didn’t believe it would fall through. It didn’t really set in until I had finished showing my sheep. I felt robbed. Houston was my last show ever. I had been preparing for such a long time, and I got to show, thank goodness, but I hated that we had to leave and that was it. Not the way I wanted to finish my career, but I’m thankful I got to finish it. There were a lot in the same boat as me, especially seniors. Some people with pigs didn’t even get to show, and my brother didn’t get to bring his heifers into the barn. Thousands of exhibitors didn’t even get to see Houston, and that really bites, but I’m proud to say the agricultural community has done great things to help some people show their animals; new scholarships for seniors, alternative shows put on by different towns and a possible extended showing season.”