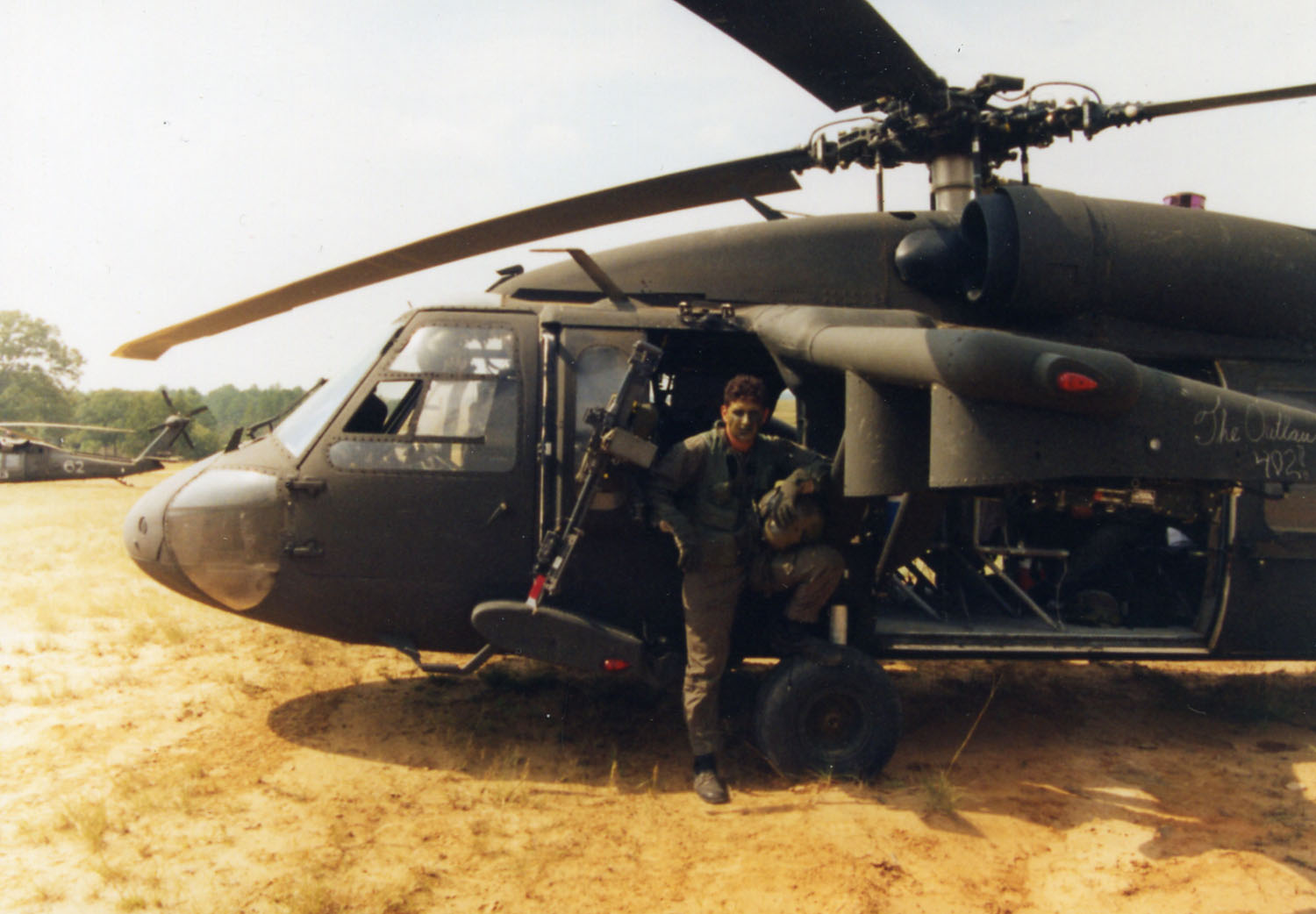 A sergeant roams the halls. Through the drug wars in Colombia to the high skies above, he has never stopped teaching. And he has no plans to stop yet.

World history teacher and girls soccer coach Charles Johnson served in the Army as a UH-60 Black Hawk crew chief. Johnson enlisted straight out of high school and served through 1992-2000.

“Growing up, I always wanted to join the service,” Johnson said. “All the men in my family had joined. But they had joined the Navy, so they were kind of upset I joined the Army.”

I became a man because I went through that process.”

In the Army, Johnson said he was able to choose his job as a crew chief.

As a crew chief, Johnson was responsible for taking care of a helicopter and managing the aircraft.

“I really did enjoy my time,” Johnson said. “You have to go into with the mindset that your job is to serve, not be miserable. I knew a lot of people that didn’t like to listen to authority. But I was OK with being told what to do, so I just had a lot of fun. I loved to fly. I loved the people that were there. I liked the people that we helped. Even if we weren’t off in combat, you still helped your community.”

Johnson said there were plenty of hard days but benefited being in the Army.

“I became a man because I went through that process,” Johnson said. “When people say ‘thanks for serving’ and they’re honored and appreciate me serving, it’s like I had fun. I made it fun, so I enjoyed it all.”

Johnson said one of his favorite experiences was an arctic survival school he attended with the Army.

Johnson served between both Gulf wars and spent time in Colombia working with the Drug Enforcement Administration. Johnson has traveled more since his time in Colombia, as he has led many groups from Canyon High to other countries in travel experiences.

For a young kid like me, it was pretty eye opening to see how people outside the United States live.”

“For a young kid like me, it was pretty eye-opening to see how people outside the United States live,” Johnson said. “The poverty level they had was really incredible, just witnessing the suffering they had there.

Johnson said in a world where some people think a lack of cell service is suffering, his experience in Colombia gave him perspective.

“Even growing up, I was pretty poor, but we always had a roof over our head,” Johnson said. “In Colombia, there’s a lot of people that live in tiny little shacks–it’s not even a house. For a young kid to see that and get that perspective was really important for me. I think it’s why I’m compassionate about teaching kids and the travel that we do. I want kids to see more than what we have in the United States.”

Johnson earned the rank of sergeant at age 21.

“My mom was always really worried,” Johnson said. “I had to call her and just tell her I chose to be here and this is what I wanted to do. Whether it was in wartime or in peacetime, if I had crashed or something and died, she needed to know that I was happy. I was OK with that happening. We lose soldiers, but they choose to put their life on the line for us.”

After serving, Johnson pursued a career in computer and business but soon chose a different path.

“I was with people I just couldn’t relate to,” Johnson said. “I reflected and asked the VA if I could become a teacher because in the army you taught a lot, and I thought that would fall in with what I wanted as a career. My VA rep told me no initially. The VA wants you to make a lot of money so it looks good for them.

Although he said he did not make a lot of money, he was happy.

“I had to convince them,” Johnson said. “I said, ‘I could not make a lot of money and be happy teaching.’ Just my background being poor as a kid, my coaches and teachers were so important with who I am today. So with that experience as a kid and teaching in the Army, I thought there was a real good chance for me to be happy and impact young people’s lives. And I think I’m doing an OK job.”