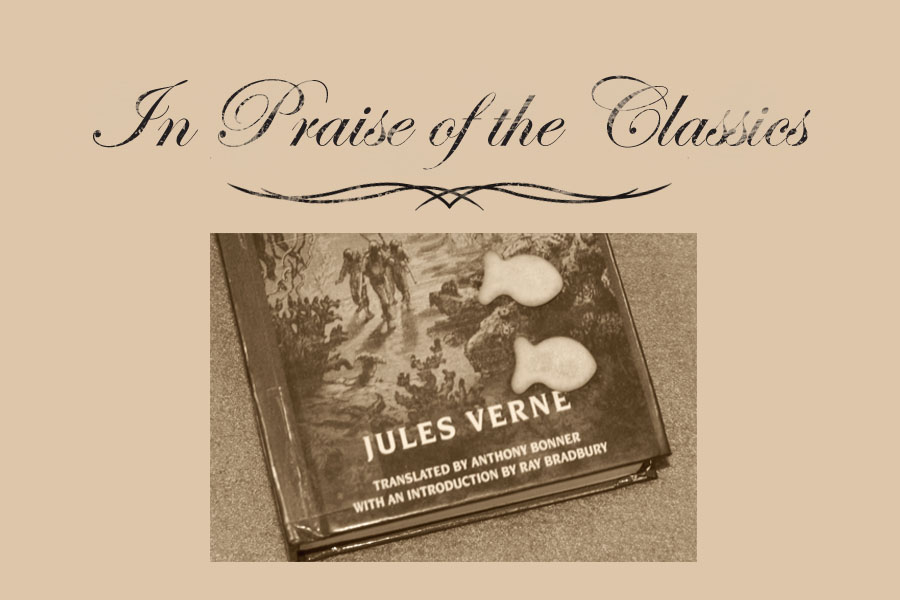 A tall man stands in front of a wall of windows as a school of incredibly beautiful fish flash by. In the same submarine with him, a mysterious madman plays the organ, a whaler plots a dangerous escape from the sub and over two hundred refugees go about their daily lives. This man stands aboard a miniature world calmly adrift 20,000 leagues under the sea.

The science fiction novel “20,000 Leagues Under the Sea” by Jules Verne was first published in 1807. The novel details the many adventures faced by Professor Pierre Aronnax, the harpooner Ned Land and Arronax’s manservant Conseil after they are captured by the mad Captain Nemo and brought aboard his fantastical submarine, the “Nautilus.”

The book begins with the narrator, Professor of Natural History Pierre Aronnax recounting eight reliable sightings of a massive, submerged beast. These sightings are followed by the sinking of the ship “Scotia,” which forces Arronax and his manservant to sign onto the “Abraham Lincoln,” a steamship set forth to hunt the mysterious monster. Along with Arronax and Conseil is the infamous whaler Ned Land, brought aboard to spear what Arronax believes to be a giant narwhal.

However, the beast is no beast at all and instead is a massive submarine, which proceeds to ram the whaler and sink her, presumably costing all lives except Aronnax, Conseil and Land. Upon clinging to the sub, the men are taken aboard, where they meet the master of the vessel known only as Captain Nemo.

Almost immediately after Arronax, Land and Conseil are situated aboard the “Nautilus,” the plot takes a backseat to other elements, namely setting and character development.

While Captain Nemo may be the novel’s main character, Land, Conseil and Aronnax are fleshed out long before Nemo is developed past an enigmatic submarine captain. The novel is all the better for this, as the trio provide a good mix of protagonists with Land’s determination to escape and hot-headed nature in contrast to Arronax’s fascination with Nemo’s underwater world and calm, calculating personality. Conseil balances both out well, with a determined neutrality towards their situation and an unflappable nature. The friendship and respect which grows between these three as their year abroad “The Nautilus” progresses is very well written, natural and an excellent part of the novel.

Nemo and the “Nautilus” share a singular relationship, as they are so tightly interwoven that one cannot be discussed without the other.”

However, all three pale in comparison to Nemo, a strong and interesting main character, always treading the thin line between sanity and madness. One moment he seems as if he would be at home in Lewis Carroll’s wonderland, the next, the reader wonders if Nemo is the most rational man on earth. Either could be true, but the only thing known for certain is Nemo is a genius, as evidenced by his incredible inventions, most notably the unparalleled “Nautilus.”

The “Nautilus” is far and away the most iconic submarine in literature and for good reason. A double-hulled behemoth 70 meters long and eight wide, the “Nautilus” boasts floodable tanks for rapid submersion, an electrical system of propulsion, a filtration system capable of purifying salt water and a massive ram meant to sink ships twice the “Nautilus’s” size. Above its technical prowess, however, stands the submarine’s spirit.

From its sleek hallways and expansive galley to its massive library and awe-inspiring observation room, the “Nautilus” reflects its maker in every aspect–Nemo’s at once whimsical and still practical fingerprints coat the ship, and its futuristic design and traditional interior are at the heart of the captain’s character. Nemo and the “Nautilus” share a singular relationship, as they are so tightly interwoven that one cannot be discussed without the other. 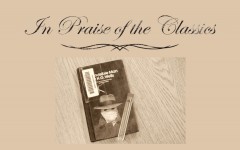 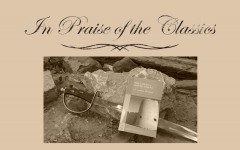 However, one of these characters, Arronax, who provides the novel’s only real failing. As a natural historian, Arronax finds his new access to the ocean a unique opportunity to study his subject in great detail. He also finds it an opportunity to relate his subject in great detail, devoting entire paragraphs to describing the ocean life passing the windows of the “Nautilus.”

Dull paragraphs devoted entirely to marine biology are completely overshadowed by a singular element of “20000 Leagues”–its scope. The events of this novel are massive, from hunting sharks face-to-face, to taking dangerous dives beneath icebergs, to now-infamous hand-to-tentacle combat with giant squids. To this end, the overarching plot is relegated to an almost perfunctory role, so Verne may create the proper sense of wonder through his excellent writing, which moves at a slow, grand pace, allowing the reader to revel in the majesty of the sea and the great mysteries and adventures it has to offer.

Ultimately, “20000 Leagues Under the Sea” is an adventure story about the exploration of one of the hardest places to explore on earth: the ocean. With fascinating characters, spectacular settings and Jules Verne’s grand writing style pulling it all together, “20000 Leagues Under the Sea” is a masterpiece of science fiction and well worth a read from those seeking an escape to the realm of both mystery and majesty found beneath the frothy waves.